I I’m shocked, and to be honest a little afraid, but in Australia we seem to have just decided that we have to live with COVID-19.

For two years Australia live the world in keeping COVID at bay. We closed borders, focused on vaccinating citizens and ensured masks, sanitiser, and distancing rules and were to protect Australians from the virus.

It succeeded, despite a few mistakes, but with a election drawing near, and the public getting restless, state and federal governments chose to abandon most restrictions and throw their country open to travel and to visitors.

The results are graphic and clear to see. Uur medical system is staggering under the load of people being infected on a daily basis.

Most of the infections are relatively minor because the majority of the Australian population has been vaccinated and many have also had a booster shot meaning that most cases are quite mild.

However the number of infected medical staff and ambulance crew is so high that hospitals all are struggling to maintain adequate services under the load of incoming cases.

Are we really so selfish that we can’t wear masks in public, especially at “spreader events” were large crowds gather in the interest of the lives of our elderly and at-risk friends and family?

Thanks to the ABC for an excellent discussion of the issues here:

Are we at a point where Australians tolerate people dying from COVID-19? – ABC News:

“We seem to have closed our eyes to the suffering and the deaths that are still occurring due to Omicron, so I think it’s bordering on irresponsible,” Professor Toole said.

Christine Negroni is an amazing aviation reporter, so to see her offer such a glowing review of this book makes it a must for me!

Thanks Christine, and thanks Peter Robinson.

Why is critical. That’s one reason I often write about the fallacy of attributing an accident to “pilot error”.

Pilots (mechanics, designers, schedulers, dispatchers, flight attendants, etc.) will make mistakes, that is inevitable. Tracking those errors upstream to see what in the system led to those mistakes is how aviation gets safer. Or, as Key Dismukes, one of my favorite human factors scientists once told me, “The airplane, the designer, and the pilot are part of a complex system. Under certain circumstances, things happen that leave the crew trying to figure out what’s going on.” 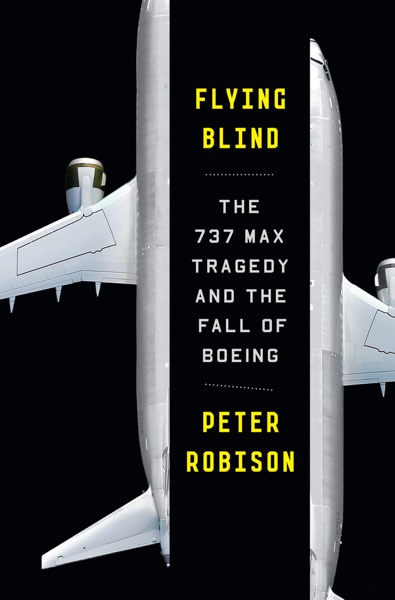 Report: Only 21% of remote workers say they are aware of cyberthreats | VentureBeat:

What could POSSIBLY go wrong??

According to a new report by Unisys, 61% of hybrid and remote workers feel primarily responsible for maintaining their digital security, yet only 21% are aware of sophisticated online threats.

The survey identified a widespread lack of consumer awareness on avoiding and addressing online threats. Two out of five (39%) people report not being wary of clicking on suspicious links, despite phishing attacks accounting for more than 80% of reported security incidents. Just 21% are aware of more sophisticated scams like SIM jacking, which is when a scammer gets a user’s phone number transferred to a phone they control.

Additionally, two out of five (39%) are not wary of clicking on links in text messages, emails, or social media. Fewer than half (44%) are aware of so-called SMiShing, which is where a scammer texts asking for personal or financial information, and only a quarter (24%) know which organization or department in their company to report scams to.

Almost half (45%) in the U.S., Australia, and New Zealand have downloaded or installed software not approved by their IT department, typically because these other apps are ones that they use in their personal life (42%), or because they are perceived to be better than those provided by their company (42%).

Now that is a REAL first.