Why Airbnb CEO Brian Chesky Thinks the Home Is the Future of Travel – The Atlantic:

The most compelling statistic for me is the number of people who are using Airbnb for long-term stays. Twenty percent of our nights booked now are for 28 days or longer. Half of our stays are for a week or longer. These are big increases from before the pandemic, and I think it’s related to the fact that people don’t have to go back to the office.

The most compelling statistic for me is the number of people who are using Airbnb for long-term stays. Twenty percent of our nights booked now are for 28 days or longer. Half of our stays are for a week or longer. These are big increases from before the pandemic, and I think it’s related to the fact that people don’t have to go back to the office.

We’re seeing is an increase in people traveling with pets, as people are staying longer. Use of the Wi-Fi filter on Airbnb has increased by 55 percent since before the pandemic, so people obviously care more about their Wi-Fi connection, and they want to verify the speed of the internet if they’re doing Zooms.

Report: Only 21% of remote workers say they are aware of cyberthreats | VentureBeat:

What could POSSIBLY go wrong??

According to a new report by Unisys, 61% of hybrid and remote workers feel primarily responsible for maintaining their digital security, yet only 21% are aware of sophisticated online threats.

The survey identified a widespread lack of consumer awareness on avoiding and addressing online threats. Two out of five (39%) people report not being wary of clicking on suspicious links, despite phishing attacks accounting for more than 80% of reported security incidents. Just 21% are aware of more sophisticated scams like SIM jacking, which is when a scammer gets a user’s phone number transferred to a phone they control.

Additionally, two out of five (39%) are not wary of clicking on links in text messages, emails, or social media. Fewer than half (44%) are aware of so-called SMiShing, which is where a scammer texts asking for personal or financial information, and only a quarter (24%) know which organization or department in their company to report scams to.

Almost half (45%) in the U.S., Australia, and New Zealand have downloaded or installed software not approved by their IT department, typically because these other apps are ones that they use in their personal life (42%), or because they are perceived to be better than those provided by their company (42%). 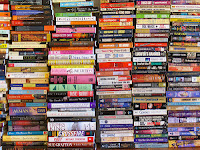 Copyright is a legal device to protect the creator of a work from having that work copied and devalued without his permission. The definition is: The exclusive legal right to (publish, distribute, sell, perform) a literary, musical or artistic property.

There was no need for copyright before the printing press, because the only way to copy anything was by hand, and the process was slow. If you wanted a copy of the Bible, you hired a scribe, who would then work for three years making an (error prone) copy. The cost was high, and the results were in themselves an original work of art.

The republic of Venice granted the first privilege for a book in 1486. France followed in 1503. The first copyright privilege in England bears the date 1518.

in April 1710 In Great Britain the Statute of Anne marked the world’s first copyright statute. It granted publishers of a book legal protection of 14 years with the commencement of the statute. It also granted 21 years of protection for any book already in print.

It was not until complaints by American authors such as Mark Twain, who was fed up with publishers’ ignoring American writers in favour of English writers whose books could be re-printed more cheaply because there were no royalty costs. A further point of aggravation for Twain was the Canadian piracy of his work. This resulted in cheap copies of his books flooding across the border within days of their release in the US.

He was hurt badly in 1876, when a Canadian publisher issued Tom Sawyer before the American edition even appeared.

Concerns about Canadian piracy of works by American authors lead to the U. S. Copyright Act in 1886.

In 1998, the Walt Disney Company realized Disney’s copyright on Mickey Mouse was due to expire in 2003. Rather than allowing Mickey to enter the public domain, Disney campaigned Congress for an extension bill. (I’m sorry but who really cares about mickey any more? I don’t see Mickey Mouse comics in the news agent, and I doubt children really have more than a passing interest. It is the 21st century. The Mickey Mouse Revue, an automated musical tribute to Disney songs that opened Walt Disney World in 1971, was sent to Tokyo’s Disneyland in 1980 and was warehoused for good in 2009. I think people go to Disneyland/world for more modern attractions, despite THOSE ears)

Disney’s campaign donations – more than $6.3 million in 1997-98, helped Congress passed the Sonny Bono Copyright Term Extension Act. This extended the term of protection by 20 years for works copyrighted after January 1, 1923. Works copyrighted since 1978 got “life plus 70” rather than the existing “life plus 50”. Works made by corporations got 95 years. Works copyrighted before 1978 were protected for 95 years. 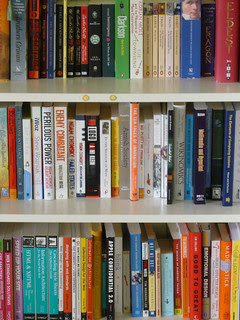 Instead of Copyright protecting an author or publisher long enough for him to ensure an income from his work, Copyright law has become a stranglehold on invention, creativity and thinking.

I live in Australia, so America’s recently found righteous indignation over copyright law should have little impact. But that is not the case.

America has used the DMCA to shove its intellectual-property laws down the throat of every country it does business with.

A Cnet article says, in part:
Australia will be required to adopt U.S. intellectual-property rules, including laws covering the “circumvention” of copy protection, and software patents that have alarmed advocates of open-source software, according to a trade agreement that President Bush signed on Tuesday…

A less-noticed section of the free-trade agreement deals with copyright.
“The agreement strengthens protections for intellectual property and promotes electronic commerce,” Bush said, before signing a bill committing the United States to the arrangement. “Our two nations are committed to the reduction of trade barriers and other restrictions that are keeping too much of the world from the kind of prosperity and opportunity that the developed world takes for granted.”

The agreement requires Australia to recognize software patents, to extend the duration of copyrighted works and to essentially adopt key portions of the Digital Millennium Copyright Act. That 1998 law has been attacked by computer scientists and open-source programmers in the United States as stifling innovation and outlawing legitimate activities like making a back-up copy of a legally purchased DVD.

Australia will be required to enact laws punishing anyone who “circumvents without authority any effective technological measure that controls access” to copyrighted work or who distributes hardware or software that is designed for circumvention or is marketed that way. As in the DMCA, some limited exceptions permit such activity by authorized researchers and government employees for “the sole purpose of preventing the access of minors to inappropriate online content.”

One section goes further than existing U.S. law and commits both nations to enacting bans on tinkering with “rights management information.” A related bill is pending, but has not been approved, in the U.S. Senate.

The short description is that this law is forcing the rest of the world to enact the seriously broken American copyright laws.

This article by The Atlantic highlights the problems with these modernized copyright laws. They make it almost impossible to print or reprint works from the near past. The fear that someone who holds copyright (for 90 years in some cases) makes it an exercise in terror to print anything.

If an author has died or disappeared (or if a publisher has folded, and not passed copyright back to the author, a common problem) it is difficult if not impossible to track down the copyright owner for the years or decades involved.

If I want a copy of Walden by Henry David Thoreau (I have an electronic copy on my Kindle, and a paper version here beside me) published in 1854 it is not a problem. If I want something from the 1950’s I can always find Lord of the Rings, Lord of the Flies, Catcher in the Rye or Fahrenheit 451. But most books from that period are gone. 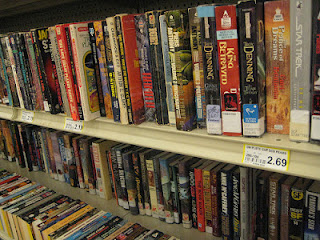 The Article published by The Atlantic suggests that the books written from the 1920s to the 1990s are now a disappearing breed. Why? Because the copyright laws described above are making it almost impossible to print or distribute these books.

This article looks at 2500 newly printed (paper) books selected at random. These are new books. They are not eBooks, or used. They are in the Amazon warehouse (or close by).

Books published before 1923 are free of copyright, hence they fall in the public domain and can be re-printed. The graph comes from University of Illinois law professor Paul Heald.

No comments to show.